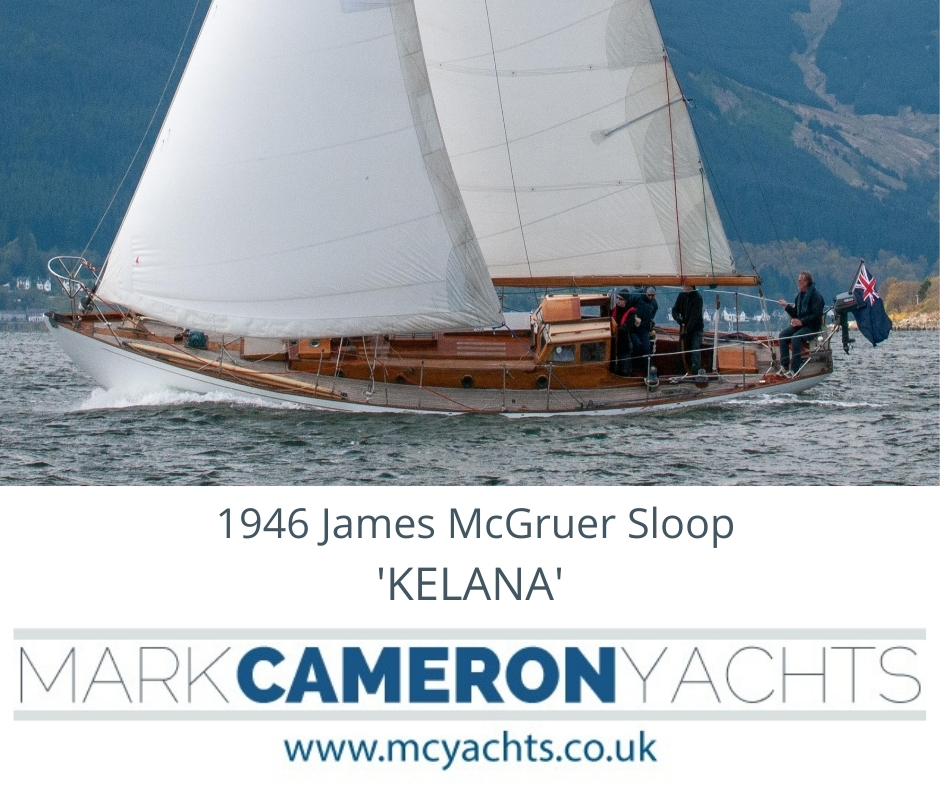 KELANA of CLYNDER is famously the first pleasure yacht to slide down the rails of the highly respected McGruer yard in Clynder following the end of World War II. Commissioned by her owner in 1939 just prior to the onset of war the timber for her construction lay at the yard patiently waiting on peace to resume.

Unlike her meter rated sisterships she was built primarily as a fast cruiser with no compromise in design to influence her RORC rating. At the time her builders noted ‘in the main it is the fast boats which win rather than those with particularly low ratings’. With the James McGruer designed 6m racers dominating events following the war the launch of KELANA of CLYNDER was much anticipated by the yachting press. In the seasons which followed she proved to be every bit as capable as the performance-orientated McGruer designs. Since her build KELANA of CLYNDER has become a familiar sight on Scotland’s west coast with the unmistakable silhouette of McGruer designed classic.

Lovingly cared for KELANA of CLYNDER benefits from significant upgrading in recent years; her inventory highlights including:

We hold on file a copy of the original 1947 Yachting World review of KELANA of CLYNDER available on request along with a large number of additional photos.

Now afloat, in commission and lying on her mooring KELANA of CLYNDER is available for immediate viewing.

KELANA of CLYNDER – A Brief History

Kelana’s design was commissioned just before the war but she was not built until peace returned, being the first pleasure vessel launched by McGruer and Co after the war ended.  As the first post-war yacht in James McGruer’s distinguished and beautiful body of work, he put her at the head of a distinguished family of 17 ton, 30 ft waterline yawls – Kelana of Clynder, Sule Skerry, Westward of Clynder, Marguerita Helena III, and Coigach – that stood distinct from his 8-metre Cruiser Racer portfolio for which he is noteworthy.

In Kelana, we see James McGruer hallmarks in their infancy, such as the beautiful sheer running from drawn out ends, his distinctive forefoot and a post-war iteration of his fixed deckhouse.  Writing about Coigach in Yachting Monthly in 1963, D Cormack, writes, ‘Kelana was, and still is, one of the most admired and successful fast cruisers/handicap racers on the Clyde and, appearing when she did, she set an immediate standard for post-war perfection that is even now hard to beat.  To class Coigach as an improved Kelana is to shower her with praise.’

Kelana of Clynder was drawn for W Ross McLean and his wife, Marjorie, who together named her Kelana, meaning “wanderer” in Malay.  Throughout their ownership, they raced Kelana competitively and with her dark blue hull and enviable race results, she became a quiet institution on the west coast of Scotland.  During Clyde Week in 1954, Kelana raced five races, scoring four firsts and a second.  She won the Clyde Week championship trophy and two further trophies that year.

Recording the second day of the fortnight, the Yachting World Annual reports, “That was the day she [Kini] was soundly beaten by W. Ross McLean in his 12-ton sloop Kelana, whose beautiful high sheer forward was seen at its best when the yachts were turning to windward on the back of Cumbrae.  The bigger seas were stopping the “six” but Kelana was trampling them down underfoot, and so little was coming aboard that one of the hands was lying sunbathing in the bows in perfect comfort.”

These contemporary accounts underscore her racing performance which even today allows her to hold her own against modern yachts.

From the notes of Gordon Drysdale who researched the early history of KELANA OF CLYNDER for the article ‘Deliverance to KELANA’, featured in the Royal Thames Review 2016. 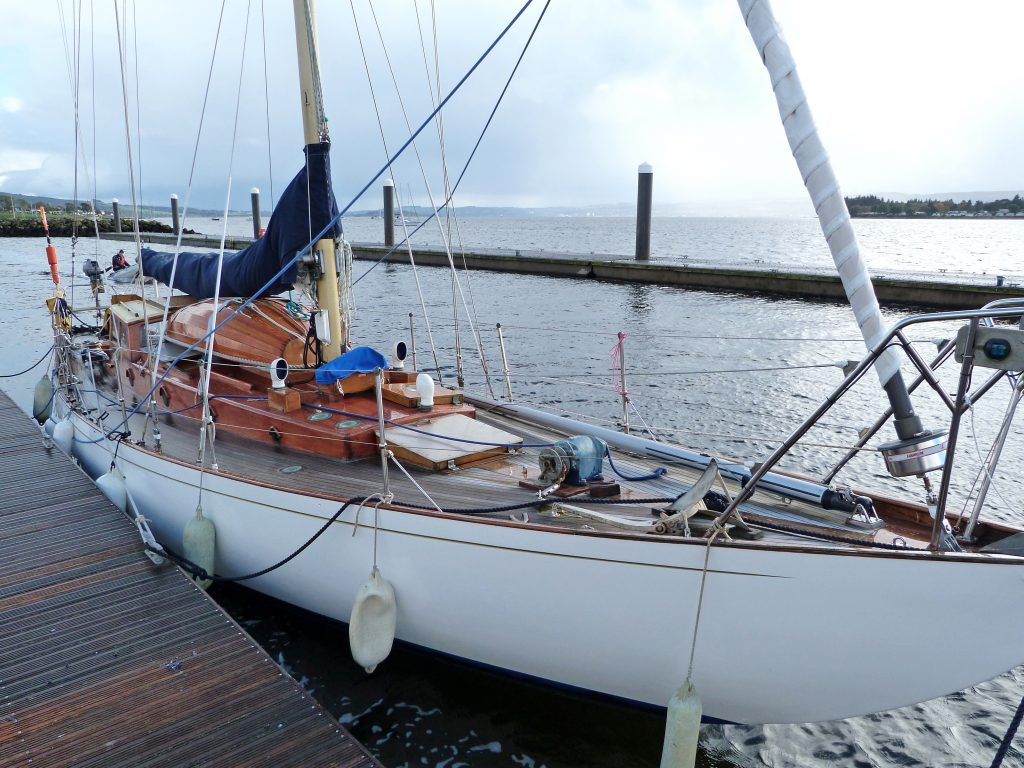 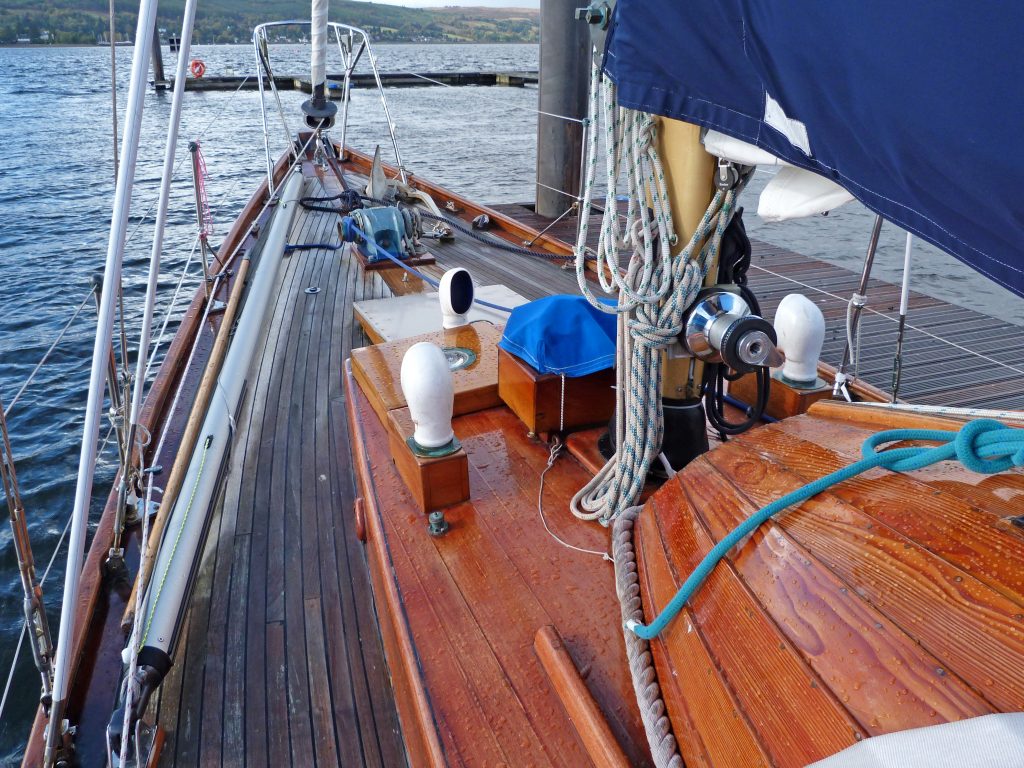 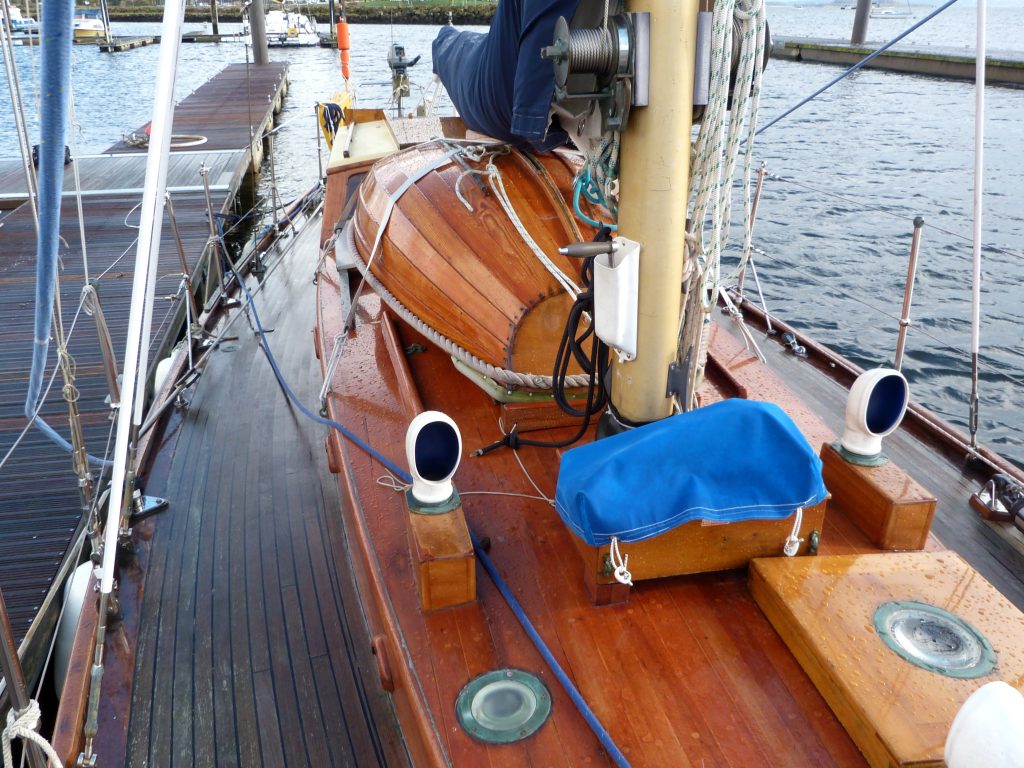 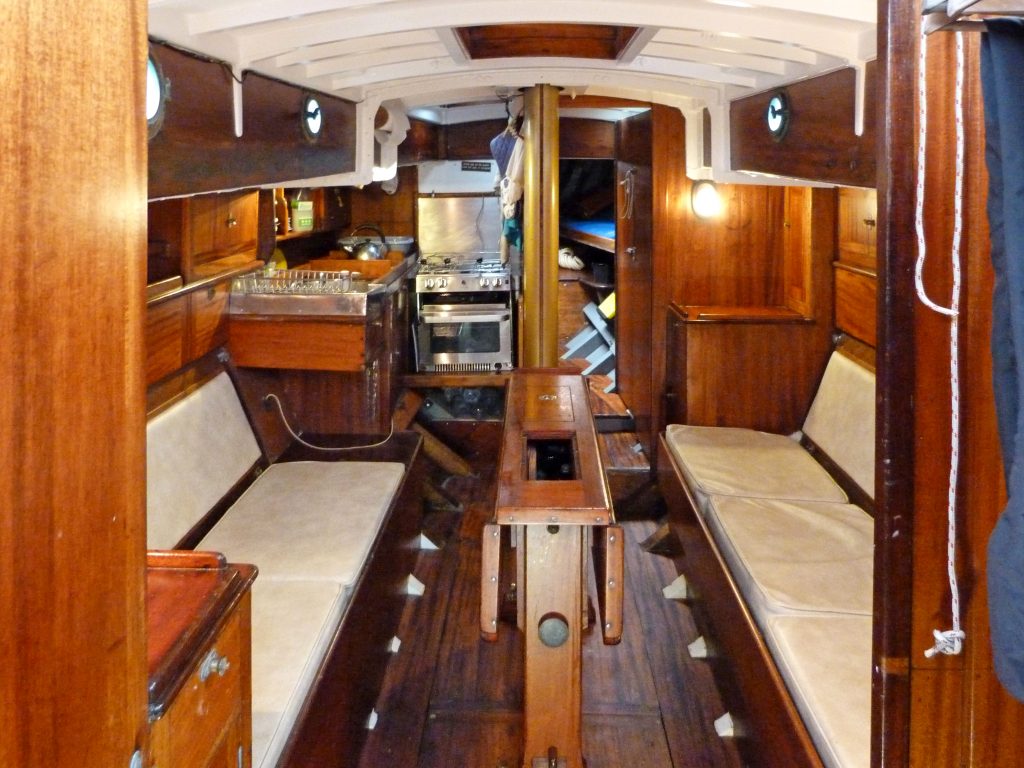 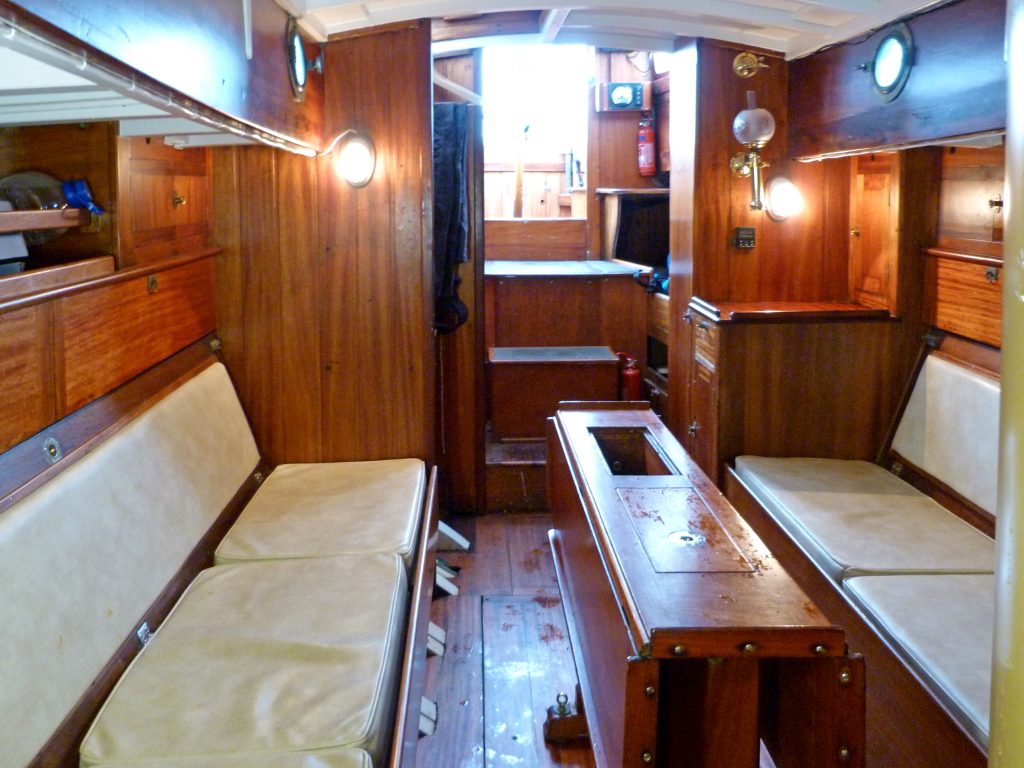