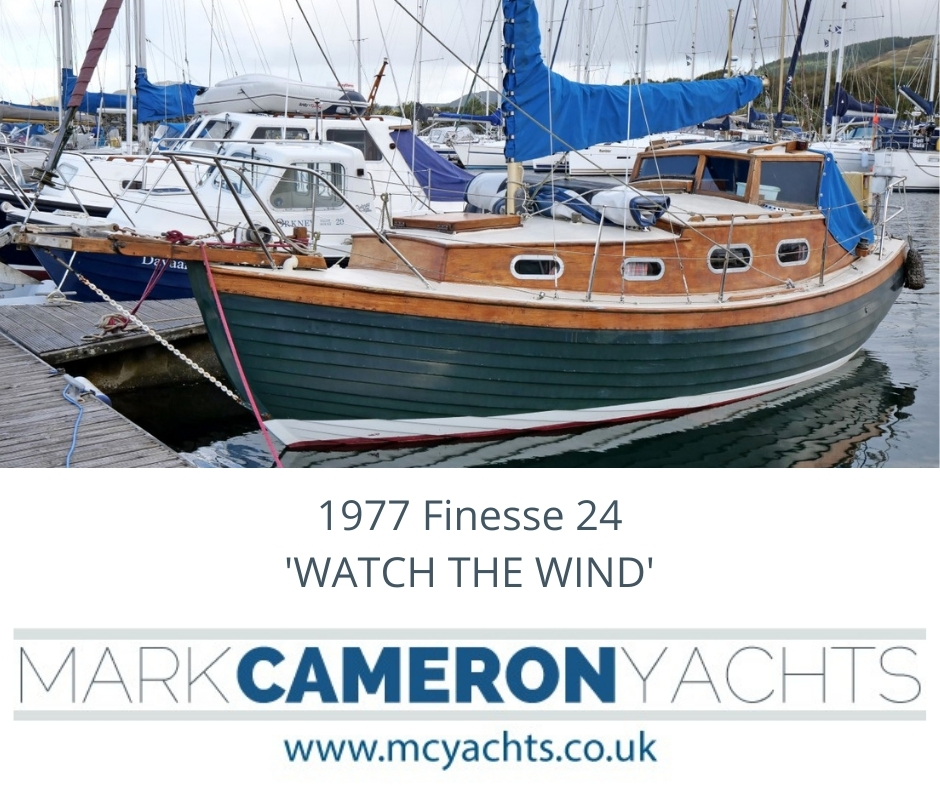 Mark Cameron Yachts are delighted to have been appointed to act in the sale of the 1977 Finesse 24 ‘WATCH THE WIND’.

In the 1970’s and early 1980’s when the development of GRP as a boat building material saw the collapse of many wooden boat builders Alan Platt continued to build the Finesse 24’s and 21’s in a production type manner. The shed housed two boats under construction at any one time with a small team of highly skilled craftsmen using the best possible materials.

Ideally suited to estuary sailing the Finesse 24 is configured with short bilge keels and large galvanised centreboard. WATCH THE WIND benefits from having a small doghouse fitted over the companionway providing more shelter in the cockpit. Refitted in the current ownership during 2015/16 WATCH THE WIND offers a great opportunity to acquire a very handsom traditionally built cruiser with a comprehensive inventory with includes highlights such as:

A pretty little boat which will turn heads in any harbour WATCH THE WIND is an ideal short handed cruising yacht for those who appreciate the quality of a classic clinker built yacht. Winter afloat and available for viewing by prior arrangement. 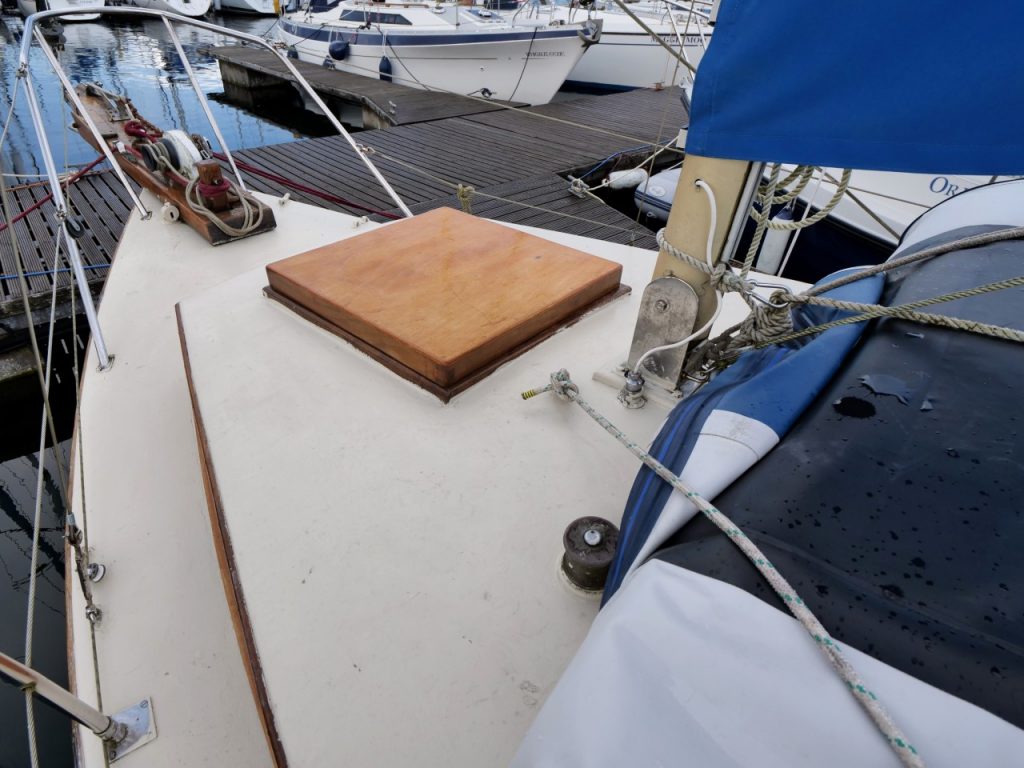 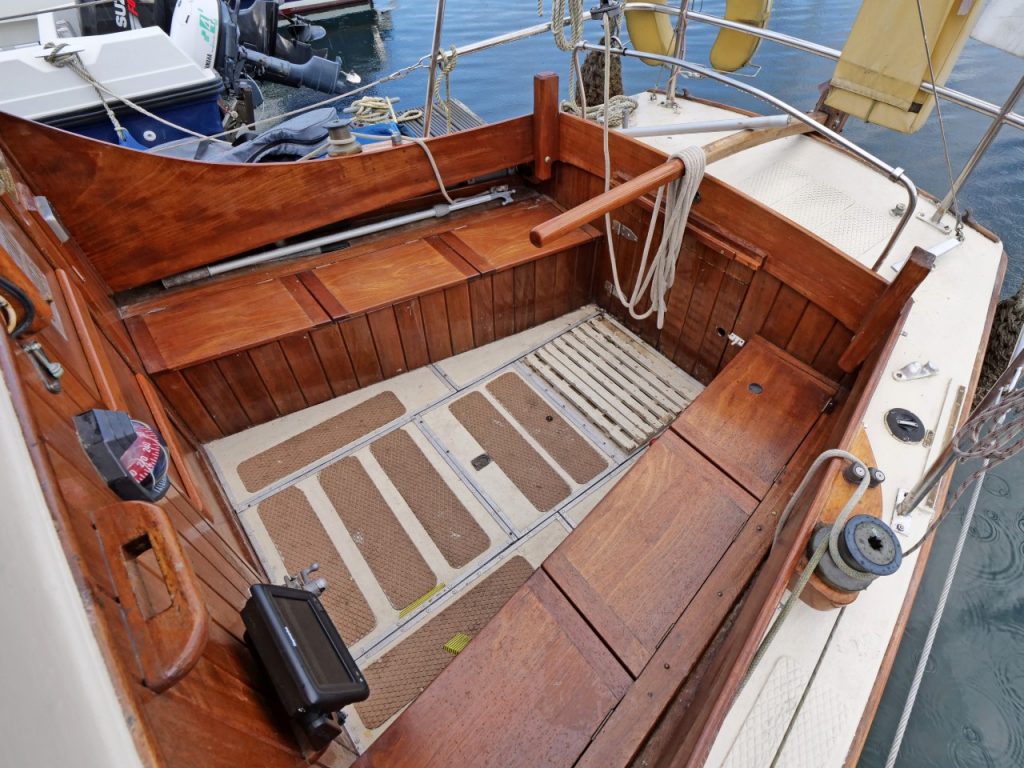 A move abroad to Spain has meant we have taken the tough decision to part with our much loved ‘Watch The Wind’ who has given us some fantastic memories of sailing on the west coast of Scotland. She may be getting on a bit but the phrase, “there is some life in the old girl yet” still very much applies following a complete refit carried out ashore 5 years ago when we bought her.

‘Watch The Wind’ is a wooden clinker built boat with Rock Elm frames and Iroko planking ½in thick. Built in 1977 she is a 4 berth boat arranged with a double berth forward and a saloon with seating which can covert to two additional berths and a galley. Toilet space is forward on the port side. The engine compartment ins under the cockpit floor.

Following a journey down the Caledonian Canal in the summer of 2015 we took her out of the water for a complete refit which took us 12 months to complete. During this refit the hull as well as coachworks were taken back to the original wood, fixed glass port lights were removed, renovated and replaced, a new dog house roof plus forward hatch, new paintwork below the water line, re-varnished all the rest of the woodwork and new deck paint.

The engine was over hauled and has been serviced annually thereafter. At the same time a new radio (ICOM 323 DSC VHF), new Raymarine a7 MFD plotter and Raymarine i40 tridata depth/speed instruments installed alongside the existing compass plus the introduction of a solar panel on the dog house roof to trickle charge the batteries.