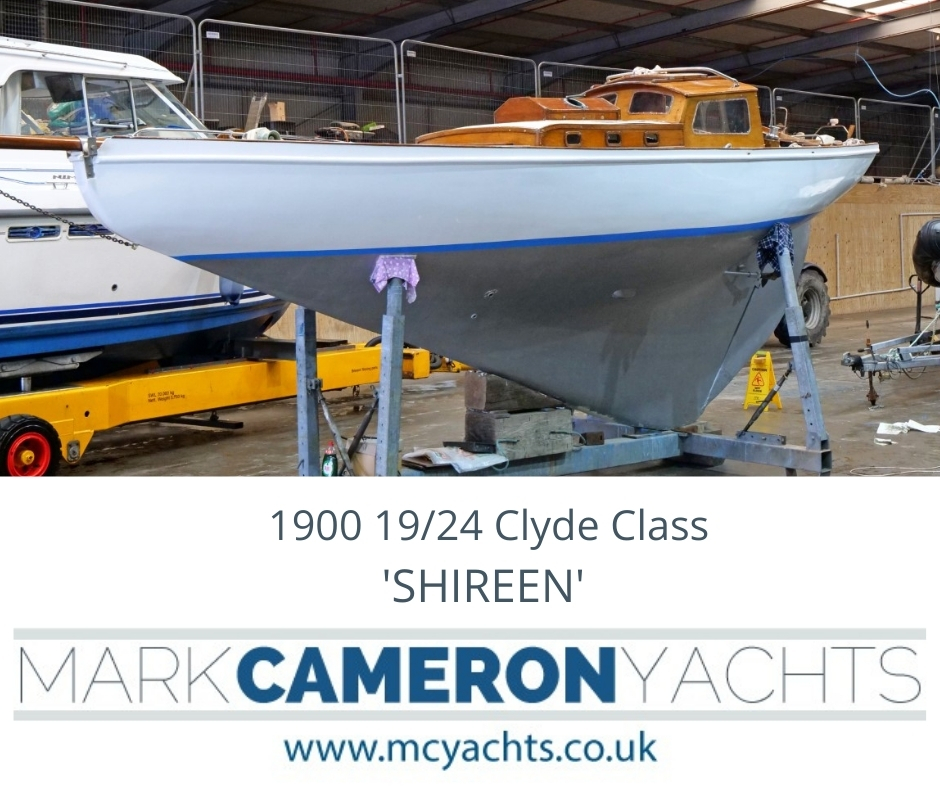 Mark Cameron Yachts are delighted to have been appointed to act in the sale of the Alfred Mylne designed, Ewing McGruer built Clyde 19-24 class ‘SHIREEN’.

SHIREEN is believed to be just one of a few examples that remain of the Clyde 19/24 class. The only example known to be in a seaworthy condition at present. Benefitting from extensive refitting over a prolonged period between 2003 and 2017.

One of the later designs to join the fleet SHIREEN was the first racing boat designed by the newly formed A.Mylne company of Hope Street, Glasgow. With her bluff forward sections she was something of step away from the traditional designs racing under the class of the period. Reportedly her downwind performance was impressive however the bluff bow slowed her when beating to windward in the chop of the Clyde Estuary; its understood the forward sections were modified in her first few seasons of racing.

Altered from her traditional racing configuration she benefits from a raised coachroof and doghouse with sprayhood and cockpit cover improving general levels of comfort aboard. Below decks her traditional styling is maintained with the addition of a modern sea toilet and Yanmar inboard diesel engine.  She would look the part at any classic regatta from the drawing board of Mylne and built by a young Ewing McGruer when the company was still based at Rutherglen in the heart of Glasgow her pedigree is as good as they come.

Currently lying ashore undercover she offers a rare opportunity to acquire a genuine piece of maritime history in a ready to sail condition. We have two historical surveyors reports on file, the last completed in 2017.

The Clyde 19/24 class originated in the heyday of the Clyde classes. Glasgow was the powerhouse of the British Empire generating a huge amount of wealthy entrepreneurs who in turn funded a vibrant sailing scene featuring a variety of one-design classes specific to the estuary. These restricted classes as they were known allowed young designers of the time to push the boundaries for naval architecture of the day. The designers and builders of such yachts going onto become revered names in the industry with the likes of Alfred Mylne, William Fife designing yachts for the famous yards of Mcgruers, Robertsons, William Fife & Sons and others to build. In an era where owners commissioned new boats after just a few seasons racing.

Replacing the earlier 19/17 class which after 8 seasons of racing a development was considered to have reached its limits the aim of the new 19/24 class was to produce a ‘healthy type of boat and yet allow for considerable variation’ the final rule was simple yet proved successful in its aims with it being difficult to produce anything but a ‘wholesome type of boat’.

An extract from the book ‘The Records of the Clyde 19/24 Feet Class of Small Racing Yachts’ by Professor J.H. Teacher summarises the class.

‘The 19/24s are square sterned boats. No part of the hull was allowed to project beyond the sternpost, which is straight. There was considerable overhang  of the bow, and the forward profile has no hollow. Bulb and fin keels and centreboards were barred. Hollow in the profile was considered ‘fin keel’. The most distinctive feature of the Class was the introduction on Mr Fife’s advice of the ‘sagitta’ into the measurement. This term signifies the depth of concavity of the section at 6 of the L.W.L from the bow………….

The rig was sloop, that is mainsail and jib, and a maximum sail area of 500 feet. The beam varied from about 7 feet to 7 feet 6 inches and a minimum beam of 6 feet 6 inches on the waterline.’

A full copy of the book published in 1926; a priceless record of the class history, will accompany SHIREEN at the time of sale. 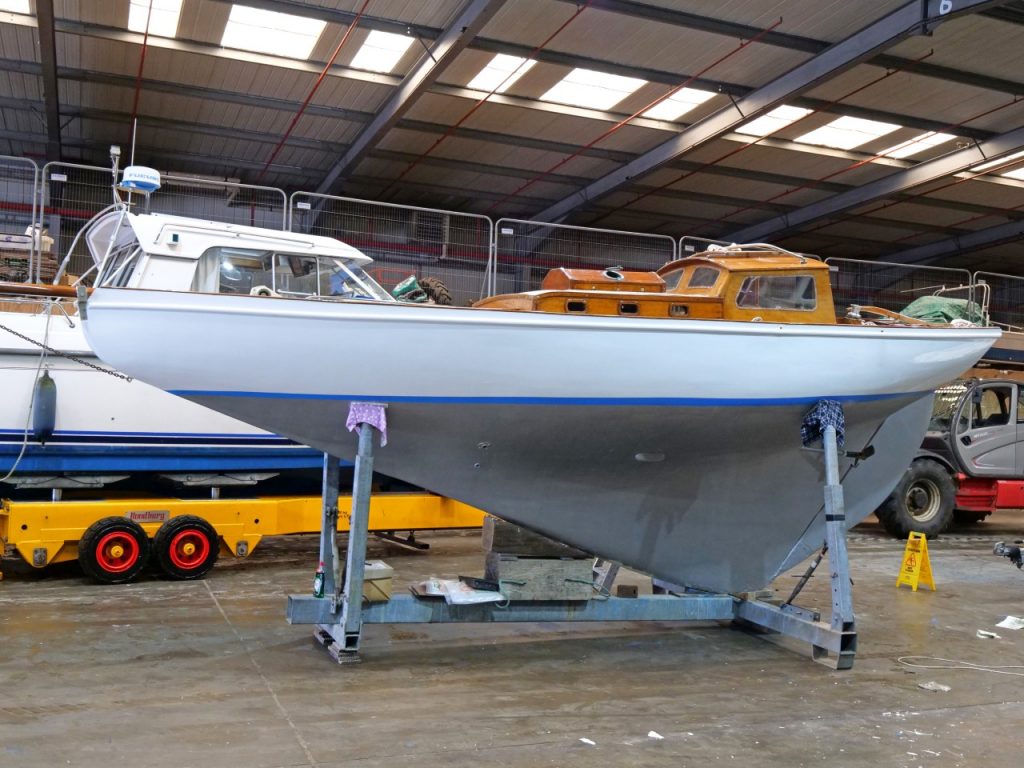 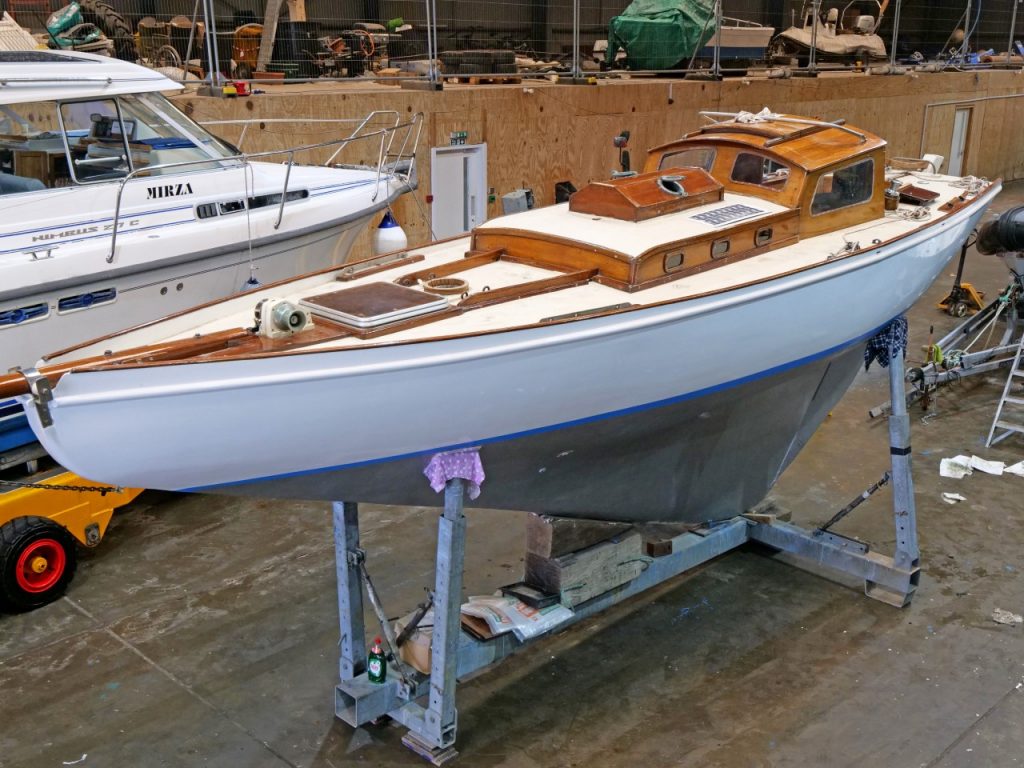 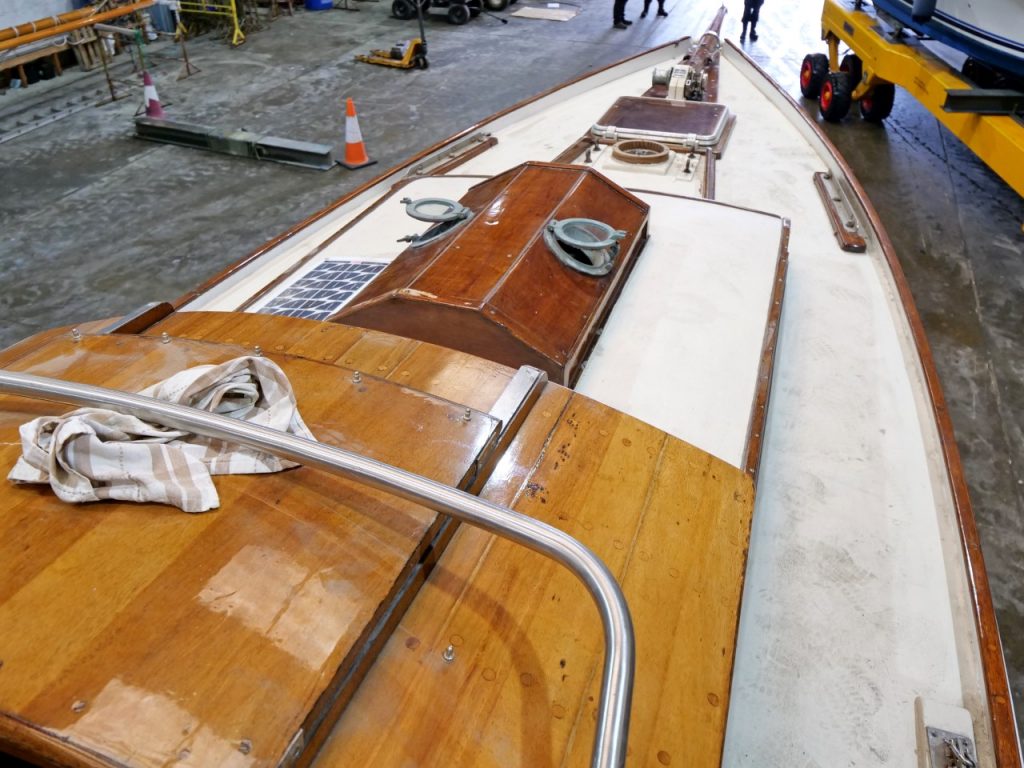 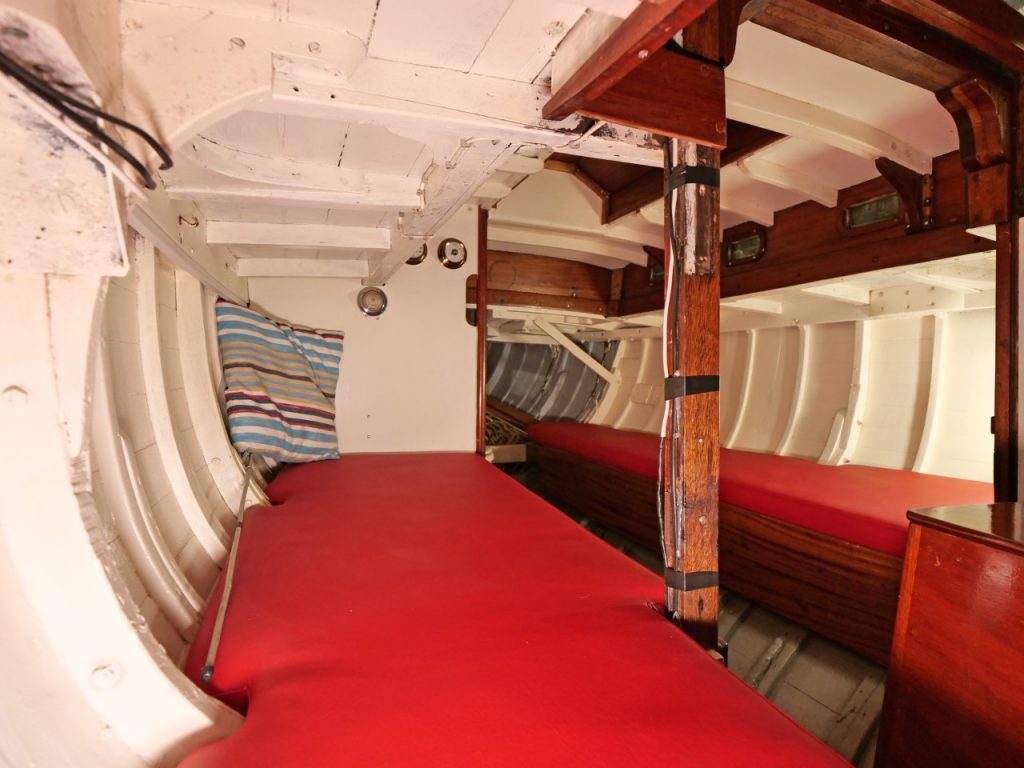 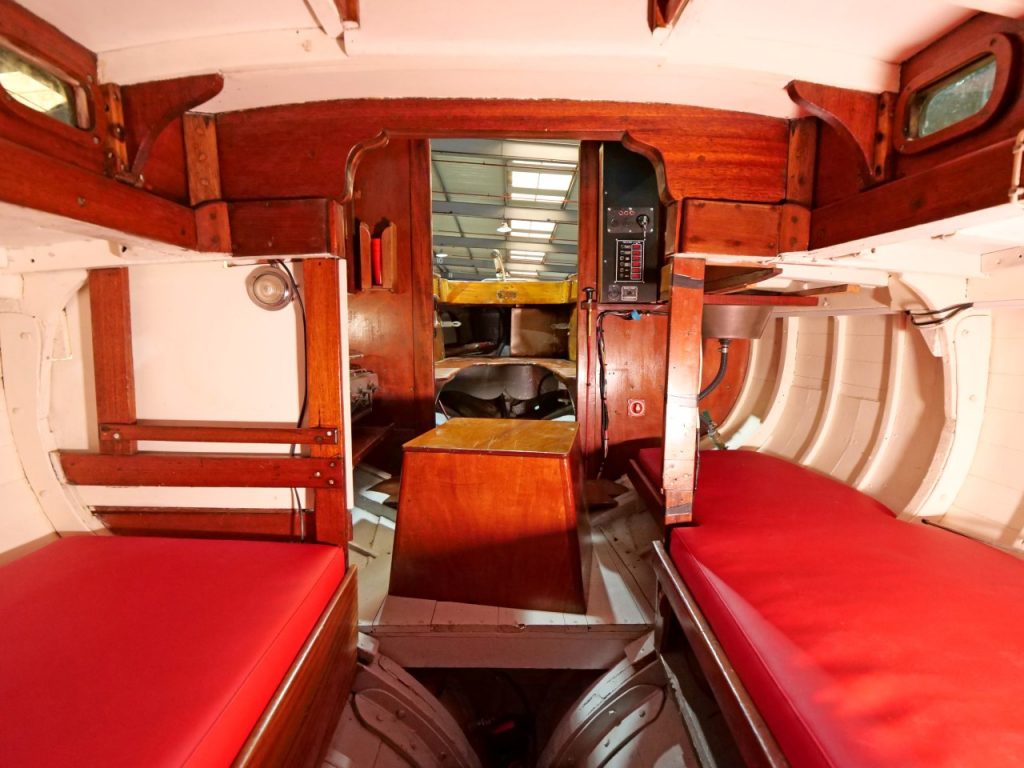