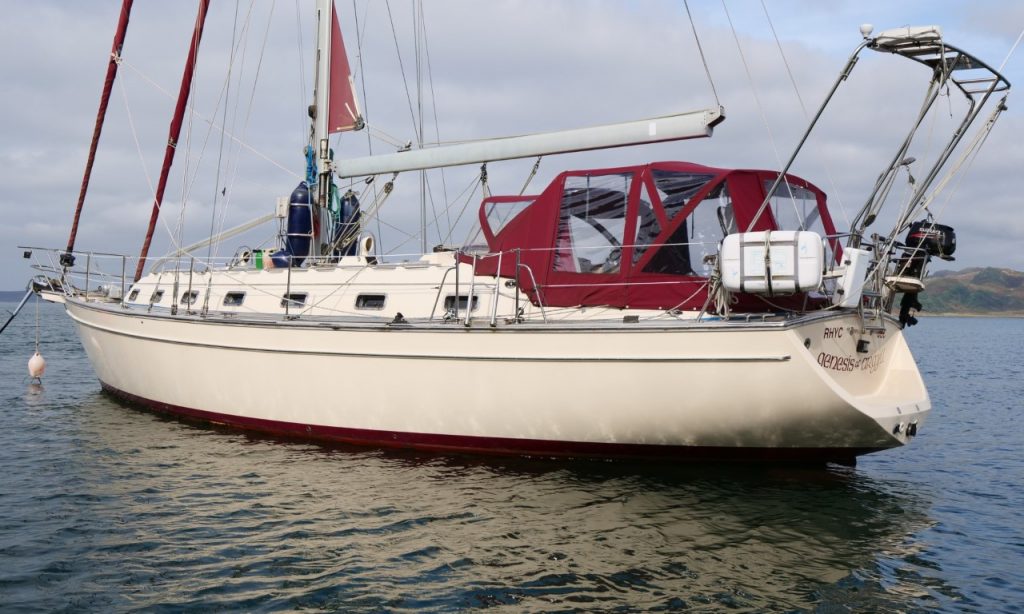 Mark Cameron Yachts are delighted to announce the successful sale of the Island Packet 420 ‘GENESIS OF ARGYLL’.

A robust and reliable cruising yacht the Island Packet 420 is a great bluewater cruiser with a layout ideally suited to longer periods living aboard. With just her second owners since new GENESIS of ARGYLL has been used predominately for short-handed coastal cruising. In the current ownership since 2011 she has been sailed predominately with a crew of two aboard, exploring the coastal waters for Scotland.

As with all Island Packets, there are many unique features in her construction which contribute to their reputation as solid and dependable mile-munchers. These features include:- 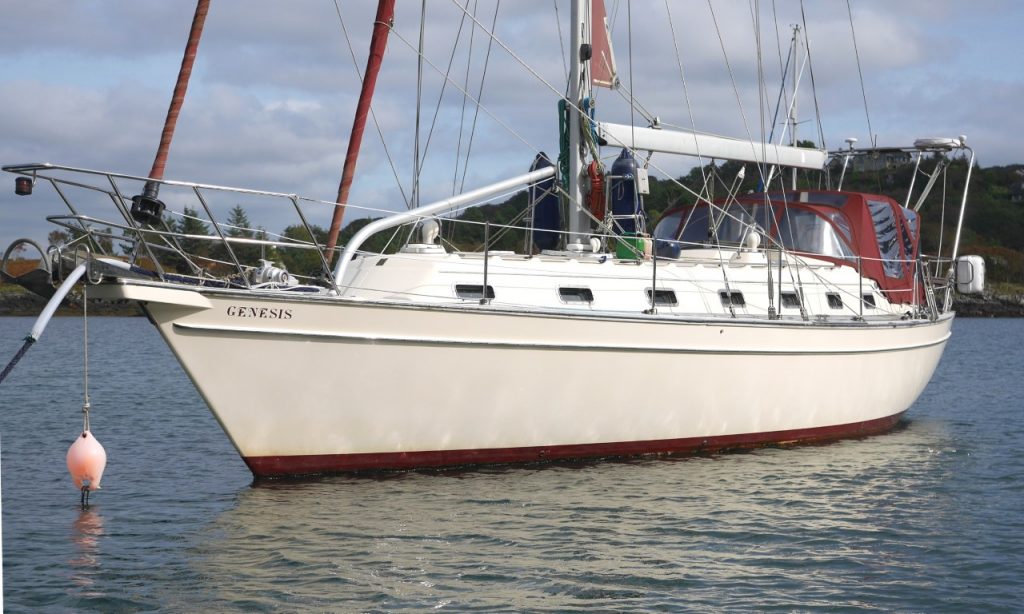 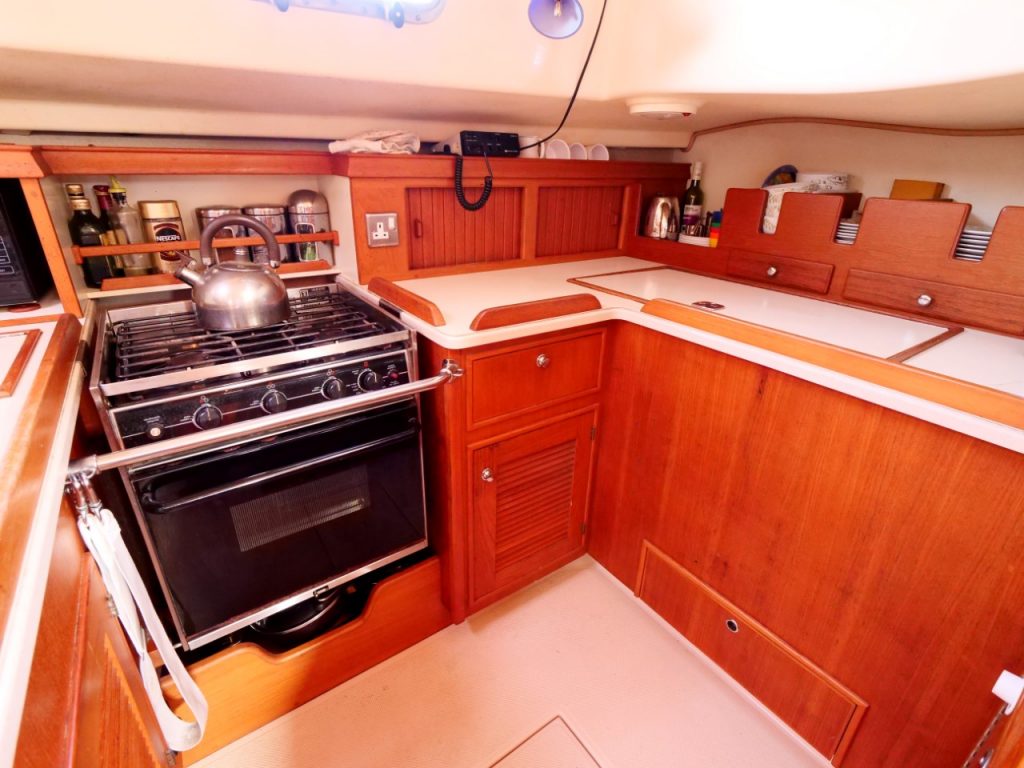 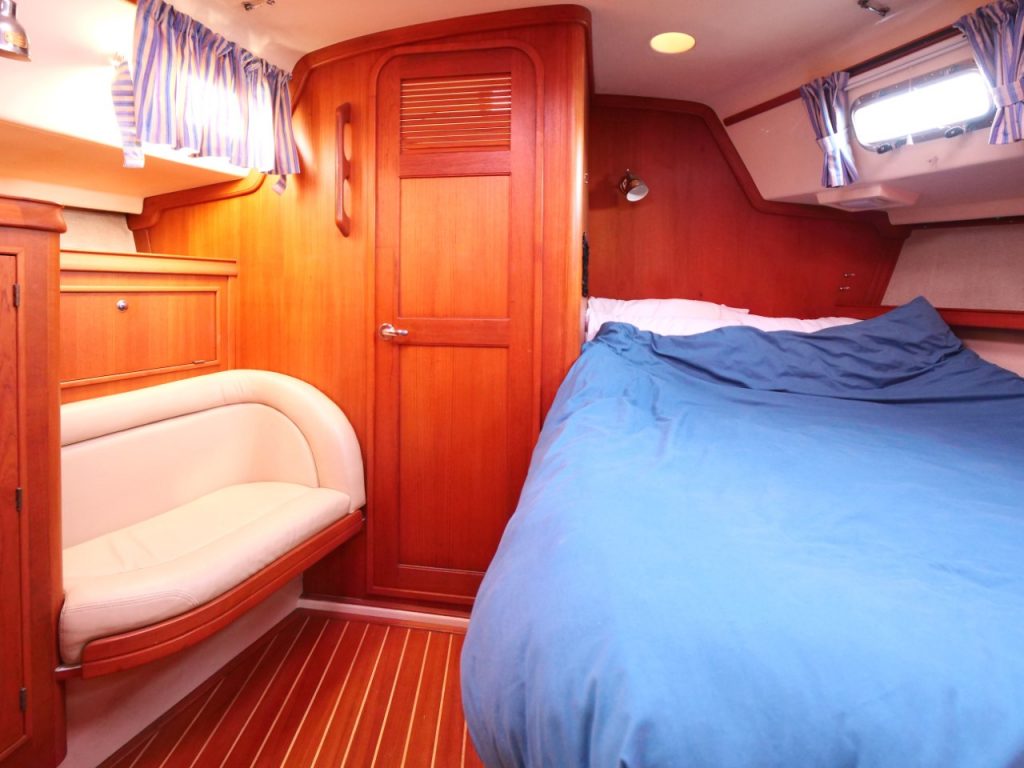 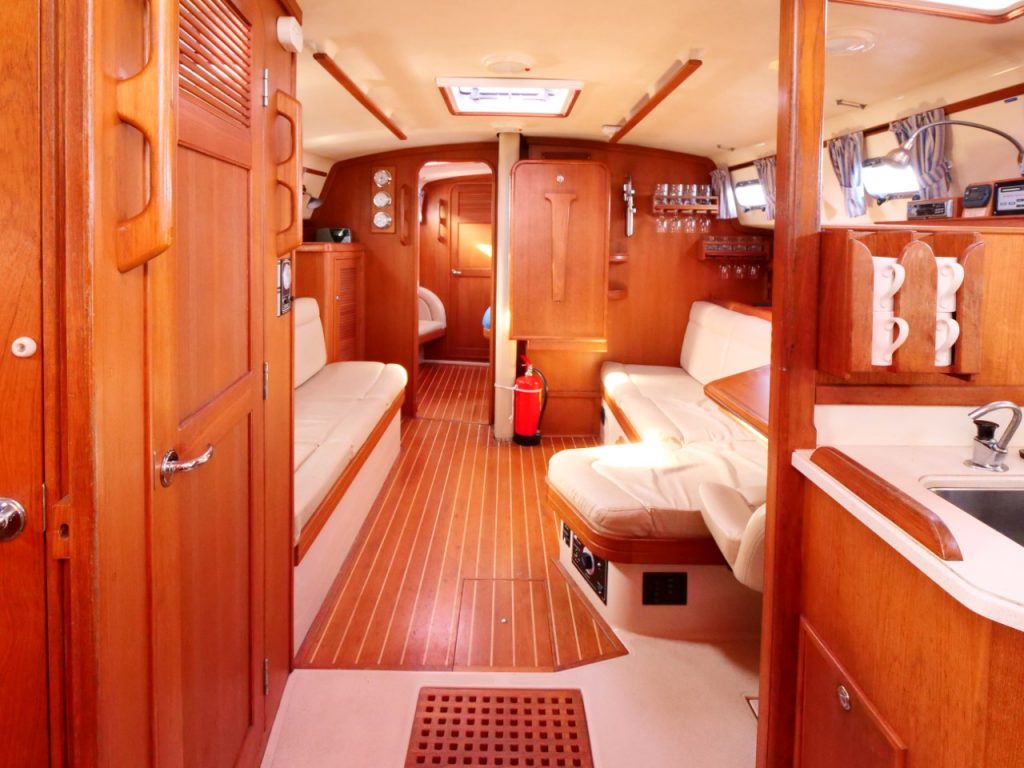 The new Island Packet 420 defines the latest generation of Island Packet designs with virtually every aspect of this yacht representing a significant evolution from our earlier models in this size range. With ongoing advances in construction technology, equipment selection, manufacturing processes and quality control measures, this will be one of the most desirable and best-built yachts Island Packet has ever offered.

The 420 hull incorporates a host of new design elements that further improve a concept that I believe offers the best combination of seakeeping, safety, stability and speed available to the cruising sailor. New bow and stern configurations combine to increase boat speed through a longer sailing waterline and reduced resistance in waves, while refinements to the keel and rudder foil sections will benefit upwind performance, reduce drag and enhance steering. The hull continues to be moulded as a one-piece (integral hull and keel) solid tri-axial fibreglass structure, utilizing our pressure-fed resin impregnation system, PolyClad®2 gel below the waterline and DuraShield™ gel on the topsides. I think no one in the marine industry, power or sail, is moulding better fibreglass parts than Island Packet.

In the twenty years since the founding of Island Packet Yachts, I am more excited than ever about the yachts we are creating. In many ways, the new 420 represents the best of everything that has earned Island Packet its position as America’s Cruising Yacht Leader.

Bob Johnson’s passion for sailing bloomed at an early age. He was only eight when he bought his own subscription to Yachting magazine, and fourteen when he wrote a term paper on his future career as a naval architect. That same year, he lofted his first sailboat on the living room floor, then sailed it down Lake Worth, with his brother holding a garden umbrella for a spinnaker. He was hooked for life.

Even though he became a mechanical engineer, ending up at McDonnell Douglas designing missiles, his heart was still with sailboats. With a master’s degree from MIT in naval architecture, he went to Florida and worked with Irwin Yachts and Endeavor, gradually becoming general manager. But he had a well-engineered dream. He started Island Packet modestly in the mid-seventies by borrowing money to buy the moulds for a 26 footer with a beam of more than 10 feet — a catboat proportion. He was everything at the company — engineer, purchasing agent, production manager and sales staff. Island Packet grew to a peak of two hundred employees in an immaculate, family-owned facility and has developed over the decades one of the most enthusiastic and loyal followings in cruising boat history.

As a dedicated observer, Johnson had seen boats go from full-keel, wineglass-shaped hull forms to the Cal 40 type with a fin-keeled, U-shaped underbody. He was struck by the fact that there had been no thoughtful, logical transition from one extreme to another. He felt that something sensible, seaworthy, and very manageable was missing. He wanted to utilize the best of both extremes by taking a modern U-shaped hull for performance and create a long keel for seaworthiness, not only by stretching the fin keel and making it shallower, but by making it an airfoil shape. Instead of the big barn door rudder hung on the aft end of the keel, which generated huge turning radiuses, he separated the two and connected the bottom of the keel to the bottom of what was now a counterbalanced spade rudder. In this way, he maintained the stability and seakeeping quality of a long keel and gained a good shallow draft. Even in case of grounding, his internally ballasted hull would suffer little damage compared to the major repairs necessary for bent keel bolts or torn-out bottoms, which some deep fin keelers might endure.

We have a large number of buyers actively seeking to buy high-quality cruising yachts and motorboats for use this season. If you are considering selling your boat please get in touch. Find full details of the brokerage services we can provide here